History of the company

The story begins in 1945 when Pierre Joseph Maréchalle, weights merchant, creates a craft company for marketing and maintenance in weighing equipment.

His first son Pierre Jean works with him for a few years. He then creates in 1952, the company MARÉCHALLE PESAGE, scales and coal bagging manufacturing. In 1963, Jean Pierre develops the manufacturing of livestock weighing equipment, which becomes the strength of the company. In 1970, we have 2 different companies: industrial scales trading and marketing on one side, and livestock weighing equipment manufacturing on the other side. In 1993, Pierre Claude, son of Pierre Jean, takes over the industrial scales trading and maintenance company, which is now called MARÉCHALLE PESAGE MÉTROLOGIE.

Finally, on the 1st of January 2008, Pierre Claude takes over the whole business of livestock equipment manufacturing. 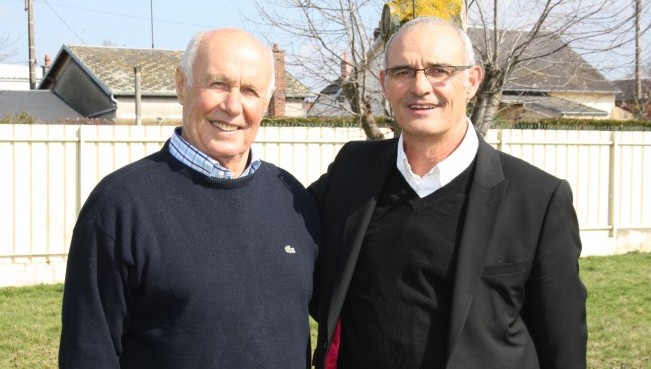 For over 50 years now, MARÉCHALLE PESAGE manufactures handling crushes and weighing equipment. Our innovation strength and our commitment to meet the real farmers' needs led the company to become the national leader in weighing.

We put our spirit of innovation at your service so you can benefit from the advanced technology combined with the robustness of our products.

Our technical team, resourceful and eager to progress, is constantly looking for innovation, development and improvement.

We are always looking for innovations in the design of our products to ensure optimum safety and convenience of use. Your safety and the security of your animals are our priority.

So when we have agriculture events, we are always listening to your thoughts and ideas to change our patterns of production and move towards a simpler, more convenient and safer future with you.

Zero rejection for the environment